Carly Posts a Cryptic Message in Response to a Netflix Tweet

Based on this tweet, it looks like a new song is coming and it will be used in an upcoming show on Netflix. Some fans seem to think that it will be used for the show, Queer Eye. We will find out tomorrow.

“NoTIFY” may be in reference to a leak of a old song called “Now That I’ve Found You” which we had reported on 2 years ago. A low-quality snippet of the song had been previously leaked on SoundCloud as well as Youtube, but has since been removed. We managed to grab the snippet before it went down:

Add a comment Cancel reply
Recent Posts
Categories
Photos
Instagram Update: Carly with her Bestie, Alex Jillian
A week ago when we went to see @bleachersmusic perform
0 1
News
Join Us On The Discord Chat Server
Come chat with us in our Discord server by clicking
0 60
News
Carly to Perform at Primavera Sound Festival on May 31st
Just announced: Carly will be performing at Primavera
0
Articles
Popfools: “Do yourself a favour in 2017…”
Yes, it’s 2017 folks and here we have a new review
0
Video
MTV News Japan Interview (from September)
じぇーびーち
0
Audio
Listen: Carly on Beats 1 Radio with Zane Lowe
Carly sat down with Zane Lowe on Beats 1 Radio to talk
0
Video
Carly and Crew Featured in Promotional Video for Carnival Cruises
Video via Carly Rae Jepsen’s Facebook
0 1
Video
Carly in China: TV Appearance and some Snapchat Shenanigans!
An eventful (and tiring) day for Carly today in China.
0 11
You may also like 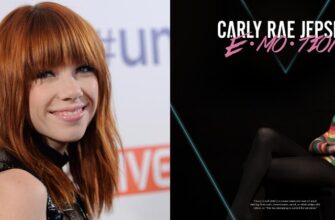 Listen: Women Who Kickass According to Carly Rae Jepsen on Apple Music
Carly Rae Jepsen tells us some of her favorite female artists.
02
Join Us On The Discord Chat Server
Come chat with us in our Discord server by clicking
060
Listen: Carly Rae Jepsen and the Toronto Symphony Orchestra
Big thanks to CarlyRaeSources over on Twitter for recording
01
Carly Rae Jepsen to Appear at iHeartRadio’s MMVAs!
Good news for fans who have been wondering whether
01