Carly to Perform at Show in Honor of Cyndi Lauper

As Playbill.com reports, Carly will be performing at tribute show honoring Cyndi Lauper:

Lauper is a Tony Award winner for writing the score to Kinky Boots.

For tickets, beginning at $75, visit NewYorkPops.org.

Carly had previously mentioned in her recent Beats 1 interview that she would be performing on-stage with Cyndi. 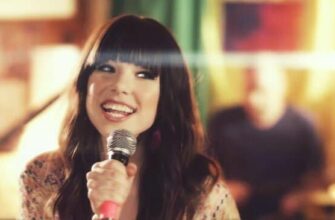 Video
“Call Me Maybe” Reaches 1 Billion Views on Youtube
Call Me Maybe becomes the 80th video on Youtube to
0 5
Photos
Photoshoot Day In Dubai for Cosmopolitan Middle East
Just a day before she is scheduled to perform at the
0 1
Articles
Carly Rae Jepsen, Charli XCX to Appear on BC Unidos’ new EP Coming Out This Friday
BC Unidos revealed in an interview with Nojesguiden
0
You may also like

The Weekly Interview: Carly Rae Jepsen
From LasVegasWeekly.com : On opening for Katy Perry:
04
Carly Rae Jepsen to Appear at iHeartRadio’s MMVAs!
Good news for fans who have been wondering whether
01
HuffPost: Carly Rae Jepsen Doesn’t Care If She Has The Song Of The Summer
Another exclusive interview, this time from Huffington Post.
01
Spin: “Charli XCX’s Carly Rae Jepsen Collaboration Could Use a Bit More Carly”
Spin.com posted up an interesting critique of the song “
01